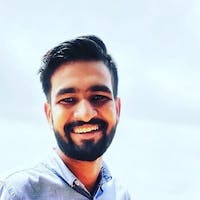 Subscribe to my newsletter and never miss my upcoming articles

This is the part-2 of box-shadow in CSS. In this blog we will see some concepts of box-shadow which we can use to create our website look beautiful. In this blog major part will be about elevation using box-shadow. To learn about basics you can check the part one here.

So let's learn how to use box-shadow property to make our design look better. Note :- The shadow color is not black by default.

In the above case since there is no color set for shadow then it will be black by default.

If you don't give a color to shadow then the color of shadow in that case depend on the color property. It's always inheriting but don't rely on it because sometimes it becomes transparent.

or you can also use currentcolor

Tip :- currentcolor property can also be used with border property.

Importance of opacity in shadow

If you don't use opacity in shadow then the shadow will look overwhelming.

Instead of directly adding color name if you use rgba() then lowering the opacity will be possible and shadow will look better.

Removing or reducing spread-radius in shadow

By removing spread-radius you can make shadow even better, because spread-radius was making the shadow bigger than it needed to be. If you still want to use then pass smaller value in it.

Adding some vertical offset to make it look even better

If you add vertical offset then your shadow will be little bit darker at bottom. It will appear like it's little bit hover from background, it gives it some elevation from bottom. Remember :- Having strong shadow doesn't makes it look better.

Applying the same with inset

It makes the element looks elevated up of page instead of just bigger and smaller. Remember Don't keep blur too much or too little.

If you just want to make any element, say button or a link or anything, look over the main content then overlapping comes into the play.

To make inner element to look over main element keep blur-radius of inner element lesser, if you give both of them similar values then it will not look good.

There are more cool properties left that we will discuss in last parts.

I'll be sharing Part-3 very soon. Until then you can check my pens at CodePen here I have some awesome work done with box-shadow

Thanks for reading this article.

Any feedback would be greatly appreciated. 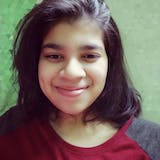 Always on the learning journey

Thank you so much Shre😇❤️